According to Ed & Lucy Faulkner, the Carter’s Ink Company was a manufacturer of ink and related products, in Boston and later Cambridge, Massachusetts. It was once the largest ink manufacturer in the world. 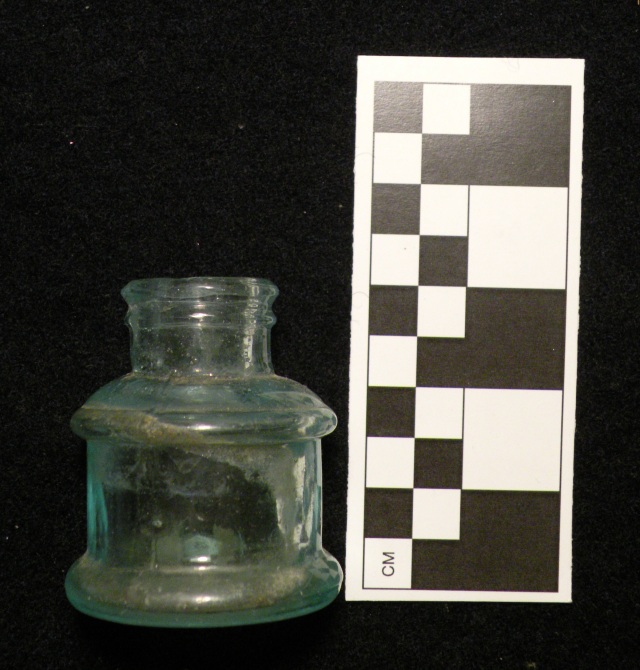 According to Ed & Lucy Faulkner, “Carter Ink was started in 1858, and survived until 1976 when it was acquired by the Dennison Company. At one time it was probably one of the largest, if not the largest, ink producer, selling millions of bottles a year. William Carter started the company in Boston, as a paper wholesaler and called it The William Carter Company. To supplement his sales, he sold glass inkwells. Later he started buying ink in bulk and bottling and selling it as Carter’s Ink. In partnership with his brothers in 1861 William started manufacturing ink and expanded to a larger building, renaming the business William Carter & Bros. With their ‘Combined Writing and Copying Ink’, which allowed copies to be made by pressing paper against the original, the business grew.

A fire in Boston in 1872 destroyed their facilities. John W. Carter was the mainstay of the ink division and after the fire, he joined with James P. Dinsmore and bought out the ink and adhesives division, forming a new venture known as Carter, Dinsmore, and Company in 1872. John W. Carter was convinced that research was necessary to come up with new and improved products. He hired a chemist and ink production grew from 100,000 bottles in 1873 to almost 5 million in 1884, making him the largest ink producer in the world at the time. During this time, they produced “Extra Copying Ink” which eliminated the need for special paper for making copies. In 1884 he built a plant 10 times the size of the previous plant.  New products continued to be introduced. These included bluing (for making clothes whiter and brighter), photo library paste, drawing, indelible, and stamping inks, gold, silver, and white inks, show card colors (tempera), and CICO liquid paste and ink eradicator. When typewriter use became common, they manufactured usable carbon paper and typewriter ribbons.

In the early 20th century the name changed again to Carter’s Ink Company and it had branches in several cities across the country, as well as a few European markets and a Canadian plant. The company managed to stay afloat during World War I when overseas supply sources were cut off and international shipping next to impossible. However, times were tough and in 1921 with the recession and tough competition, Carter’s posted the first major loss in company history. Even with increased competition, the Depression, and World War II, Carter’s managed to survive. In the 1940s and 1950s, more branches were added in major American cities. Every time things got rough they came up with new products to keep the business going. However, by the 1970s, things were tough again. In 1976, Carter’s was purchased by the Dennison Company, which was bought by Avery Manufacturing Company in 1990. Many of the old product lines are still made under the Avery name. The Carter’s Ink Company was a success story for more than a hundred years.” 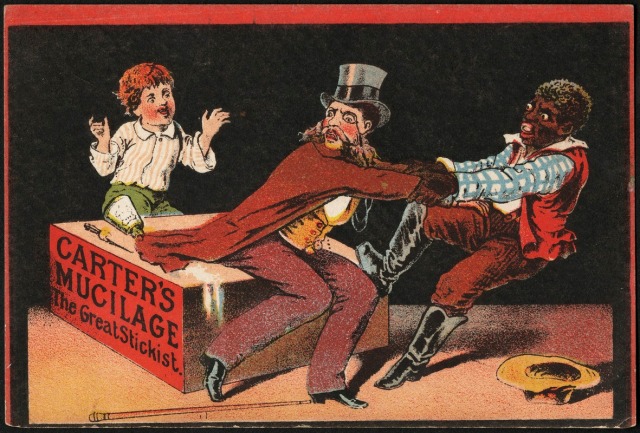 Undated ad from Carter, Dinsmore & Co. for Carter’s Mucilage, a type of glue, showing one man pulling another man, who is stuck to the seat. The same figures are at the top of the display case below.

1873 Photograph of Carter’s mucilage and ink display with two figures on top.

Despite the caricature-like image of a black athlete on its box cover, this product is in fact an “ink eraser” consisting of two glass vials once filled with ink-removing solution. The 19th Century production, manufactured by Carter’s Ink Company, comes with its original stoppered vials (still containing some crystallized ink solution) and original instructions (completely intact) 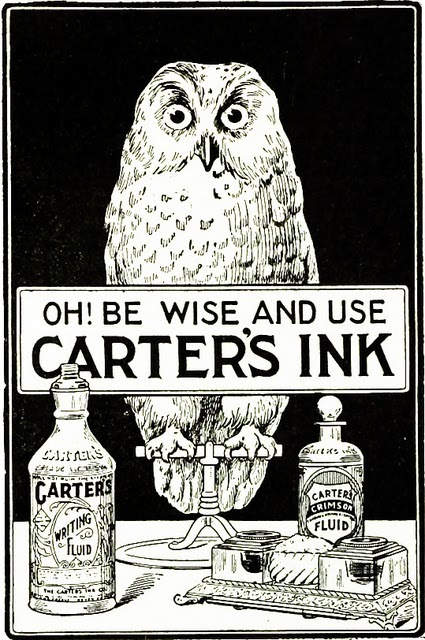 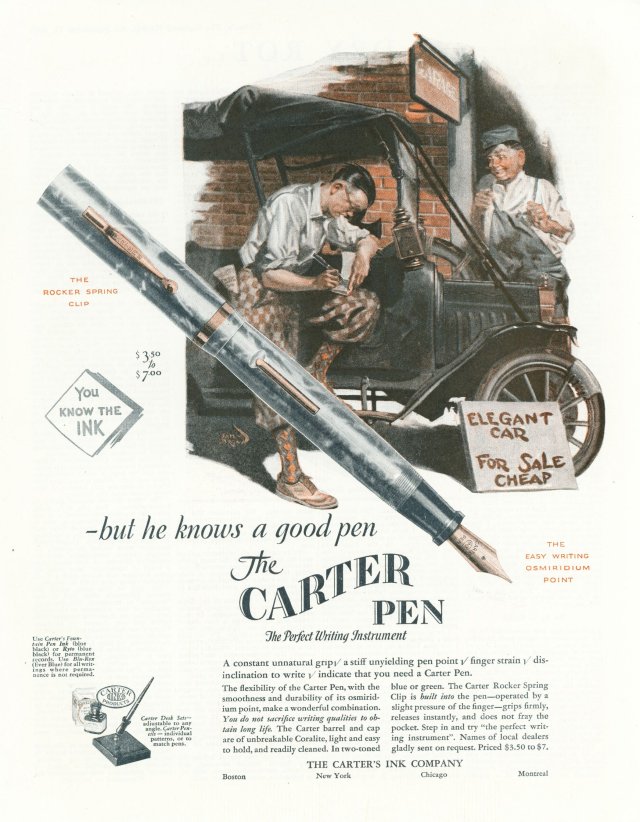 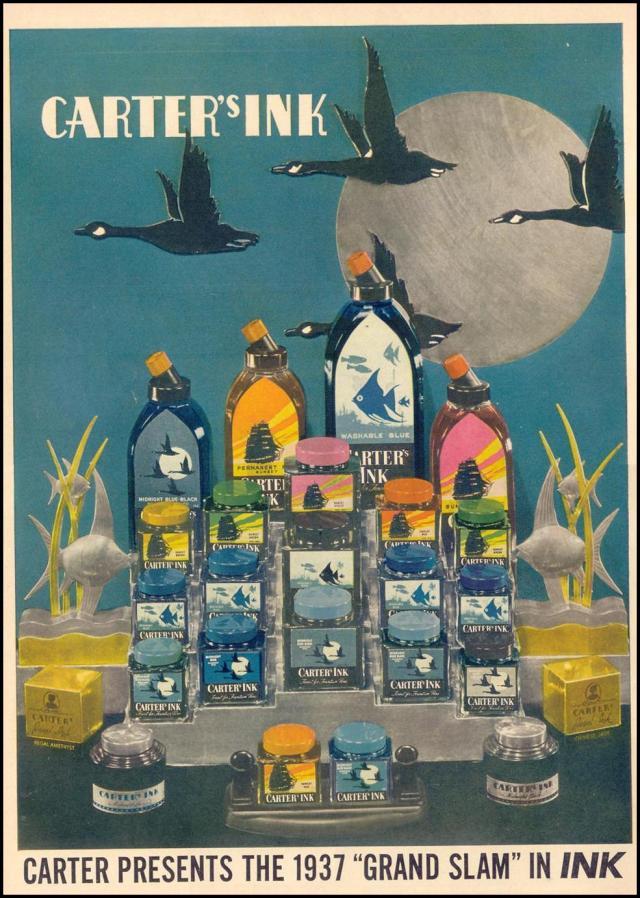