Foley & Co. of Chicago made a range of medicinal products starting in the 1870s, the most well known of which was Foley’s Honey and Tar Compound.  This bottle was from a less well known but still successful pain relief product. 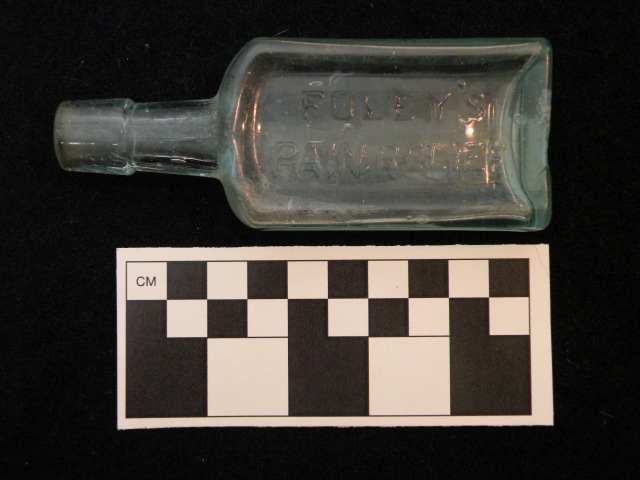 According to the Pocono Record,

“The use of Foley’s cough syrup was long-lived — it was retailed during the late 1800s until the mid-1960s.  In the early days, Foley’s concoction was 7 percent alcohol mixed with a special solution of pine tar and honey, terpin hydrate, sodium benzyl succinate and gum arabic. The recommended dosage for adults was one teaspoon; for children, a half teaspoon; for infants, five to 10 drops, according to the directions on the label of another undated bottle.  Foley’s mixture cleared the throat of phlegm and mucus, stopped the tickling, opened the air passages for easier breathing and coated inflamed surfaces with a soothing medicine, according to an advertisement published in The Evening Independent of St. Petersburg, Fla., in 1919.

Another ad in the Evening Independent boasted that Foley’s Honey and Tar was “sold everywhere,” which may be true since ads for the product can be easily found in old newspapers throughout the country. Even the Stroudsburg Daily Times carried an ad in 1889, promoting the “wonderful value” of the compound.  Although newspaper ads for Foley’s Honey and Tar were common, the number grew during the flu epidemic of 1918, touting the mixture as the answer to those who were suffering.”

There isn’t much written history about the founder of Foley & Co or the inventor of Foley’s Honey and Tar but records do show that two men, John B. Foley and Harry B. Foley, were associated with the business.

The Book of Chicagoans: A Biographical Dictionary of Leading Living Men of the City of Chicago, from 1911, is more definitive, naming John Burton Foley as the founder of Foley & Co.

The Book of Chicagoans: A Biographical Dictionary of Leading Living Men of the City of Chicago, Volume 2 (Google eBook) by A.N. Marquis, 1911

John B. Foley’s aforementioned real estate interests in Alabama must have been substantial because they named a town after him.

“Foley was named for its founder, John B. Foley of Chicago.[3] As Foley was traveling to President McKinley’s funeral in 1901, he met a railroad agent who told him of the area in South Baldwin County. Foley came down the following year, and he liked what he saw and bought up between 40,000 acres (160 km2) and 50,000 acres (200 km2) of land. He then returned to Chicago and formed the Magnolia Land Company. As he began to sell off acreage, he realized the need for a better way for the people to come to Foley. Foley used some of his own money to lay the rails so the train could come from Bay Minette. The first railroad station was built in 1905. The original station burned in 1908 and was replaced the following year by the station that is now the City’s museum. John Foley donated parcels of land for a school and churches. The first train to service Foley was a wood burner called the “Pine Knot Special.” It would leave Foley in the morning and make a return trip in the afternoon. As people cleared the land, they would place liter knots in a wood box for the engineer to use as was needed. Foley was incorporated in 1915 with G. I. Weatherly serving as its first mayor.”

Around the turn of the century, there was a great deal of negative press surrounding patent medicines, which brought about passage of the Pure Food and Drug Act of 1906. In an attempt to dispel some of that negative association, Harry B. Foley wrote an article for Western Druggist, a trade magazine widely read by pharmacists and drug store merchants. Foley tries persuade retail druggists that patent medicines are a great deal for them commercially, as well as protecting them from any unhappy customers.

“A store that makes a specialty of selling no-secrets [non patent medicines] soon loses the confidence of the people and they will trade with the druggist who pushes advertised proprietary medicines, and if they are not satisfied, they do not hold the druggist responsible.” 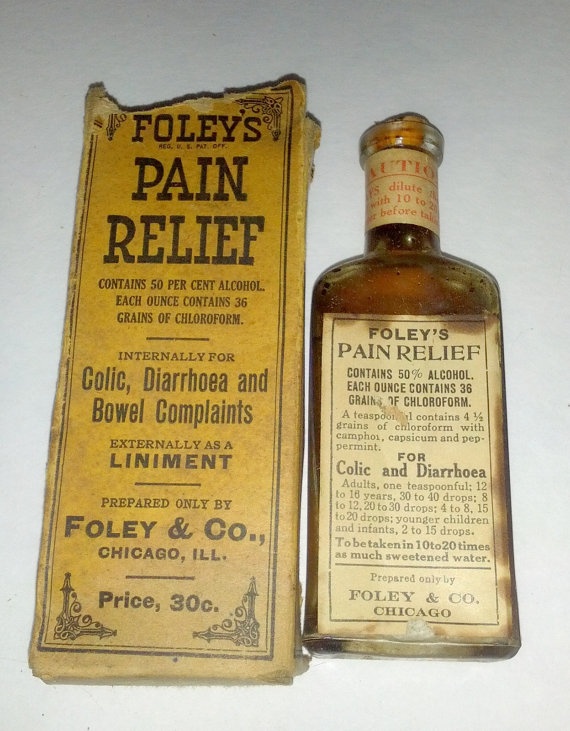 An example of similar packaging and labeling that would have originally accompanied the bottle recovered from the Old Main site. 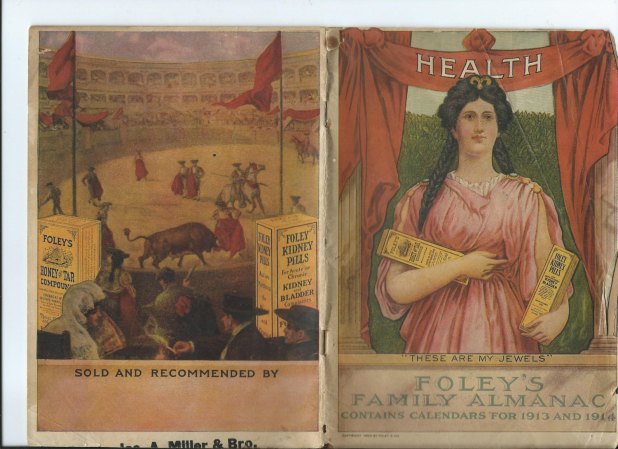 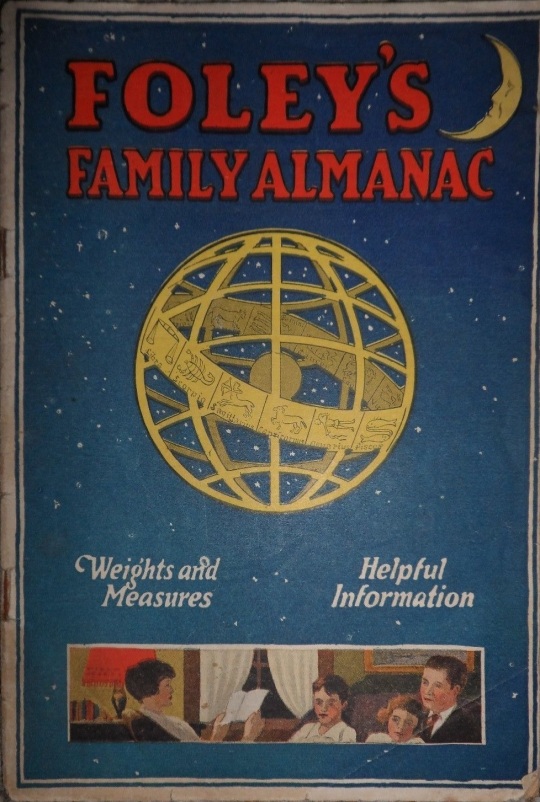 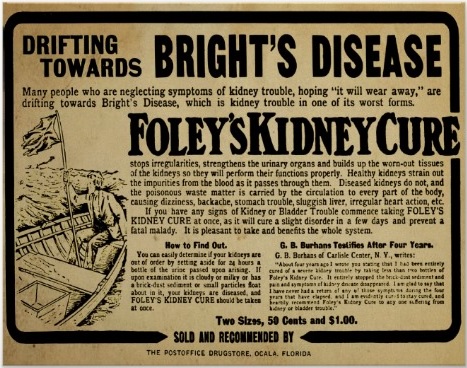